Shane's legal advocacy & commentary has been featured on:

June 12, 2017 - CHCH News - Coroner’s inquest into the death of a Chilean man, jailed on immigration charges

January 24, 2015 - Toronto Star - Toronto jail inmate says he was sent to solitary for having HIV 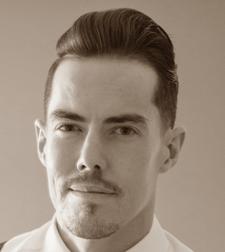 Shane's passion for social justice and human rights originated from his time living in rural eastern Canada and witnessing first-hand how working class and poor people are disproportionately and systematically affected by the criminal law.

During a portion of his legal education Shane worked with one of Toronto's top criminal defence firms. There he assisted on cases that included charges of first degree murder, prohibited firearms, fraud, narcotics, theft, assault and prostitution. The experience solidified his commitment to provide fierce representation for all clients regardless of the allegations.

With the goal of providing his clients with the best defence possible, Shane founded Martínez Law. Today the firm offers its services across Toronto, Oshawa, North York, Scarborough and beyond. Through combining a social justice perspective with innovative legal analysis and tireless dedication, Martínez Law is able to guarantee its clients a loyal and aggressive criminal defence against the charges they are faced with. Shane has also acted as counsel in Coroner's inquests in relation to the deaths of people who have been killed by the police or who have died in jail.

From September 2013 to March 2014 Shane completed a period of academic leave to become qualified to practice law in the Commonwealth Caribbean. During that time he lived in Kingston, Jamaica, and assisted attorney-at-law Michael Lorne as part of the defence team for dancehall artist Shawn Storm, one of the co-accused in the Vybz Kartel murder trial.

​In addition to operating Martínez Law, Shane serves as the Deputy Legal Director at LiUNA Local 3000, where he helps defend the rights of Ontario's front line healthcare workers. He is also an adjunct professor of Prison Law, Policy and Reform at York University's Osgoode Hall Law School.